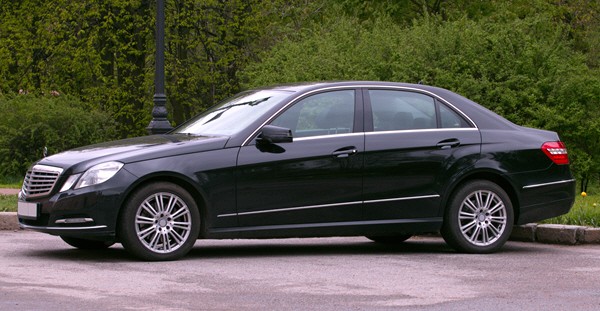 Delray Auto Mall reports that nearly a dozen luxury cars have been stolen from the car dealership in Delray Beach.

Sales Manager Raymond Agacaoli said the incident reminds him of the movie “Gone in 60 Seconds.”

“This gate was connected to the other side and they hit the gate with the Hummer and eventually pushed it off the hinges,” Agacaoli said.

Agacaoli usually opens up the gates to Delray Auto Mall, but on Saturday morning, thieves helped themselves, rolling off the lot with 11 vehicles worth $361,920.

“The doors we’re open. Inside the office keys draws were all on the floor,” Agacaoli said.

Agacaoli said he does not believe it’s an inside job, and thinks thieves scoped out the lot before.

Right now, the business operator is wishing they had security and car dealership security & video surveillance.

“That’s the thing. We we’re in the process of getting an alarm system and we didn’t and of course we knew that could happen,” Agacaoli said.

So far, three of the missing vehicles have been found. Two were found abandoned in Broward County and Boynton Beach police pulled over Guyrson Maddy, 26, after noticing he was driving a stolen black Mercedes Benz.

Maddy fled police but eventually was arrested. He is charged with fleeing and eluding, grand theft auto, resisting arrest without violence and felony habitual traffic offender.

DON’T LET THIS HAPPEN TO YOUR DEALERSHIP! Schedule an AUTO-FOCUS FREE SECURITY REVIEW!

This security alert was brought to you by Auto-Focus Security. For over two decades, Auto-Focus Security has been delivering successful security solutions to Auto Dealerships nationwide. We believe it is important to stay informed on the security threats that are abundant in this industry. Being on top of the latest and most effective security tools can directly affect the success or failure of your business. We hope this security alert can be useful to you and finds you well.